This weekend – the 18th and 19th of February – we attended the PC GAMER Weekender with Guns of Icarus Alliance and got to exhibit our pride and joy:

That for the first time in history, you can play all the way from a PC – to a MAC – to a Linux – all the way to the PS4 – with working text and voice chat!

This game has always been about teamwork and communication. When we started porting to the PS4, we knew we had to preserve voice-chat by any means possible! You are a sky pirate, on an airship in a steampunk world, entangled in a larger than live war between 6 elite factions vying for ultimate world domination. Meanwhile you are running around like a chicken with its head chopped off, and punching machinery back into shape; The entire fun, and tension is based on being able to share your strategies, point out hostile ships you spotted, and sharing your excitement between the 4 of you on the ship!
Earlier last year, we finally cracked the code. This is happening. And it’s coming out SOON.
–Muse Games

The Guns of Icarus Crew

As a small New York based indie studio we rely heavily on our community to support, and make European conventions happen. These British players went above and beyond to support us, and we couldn’t be more grateful. They are a true testament to what kind of people this game attracts, and it fills us with pride! 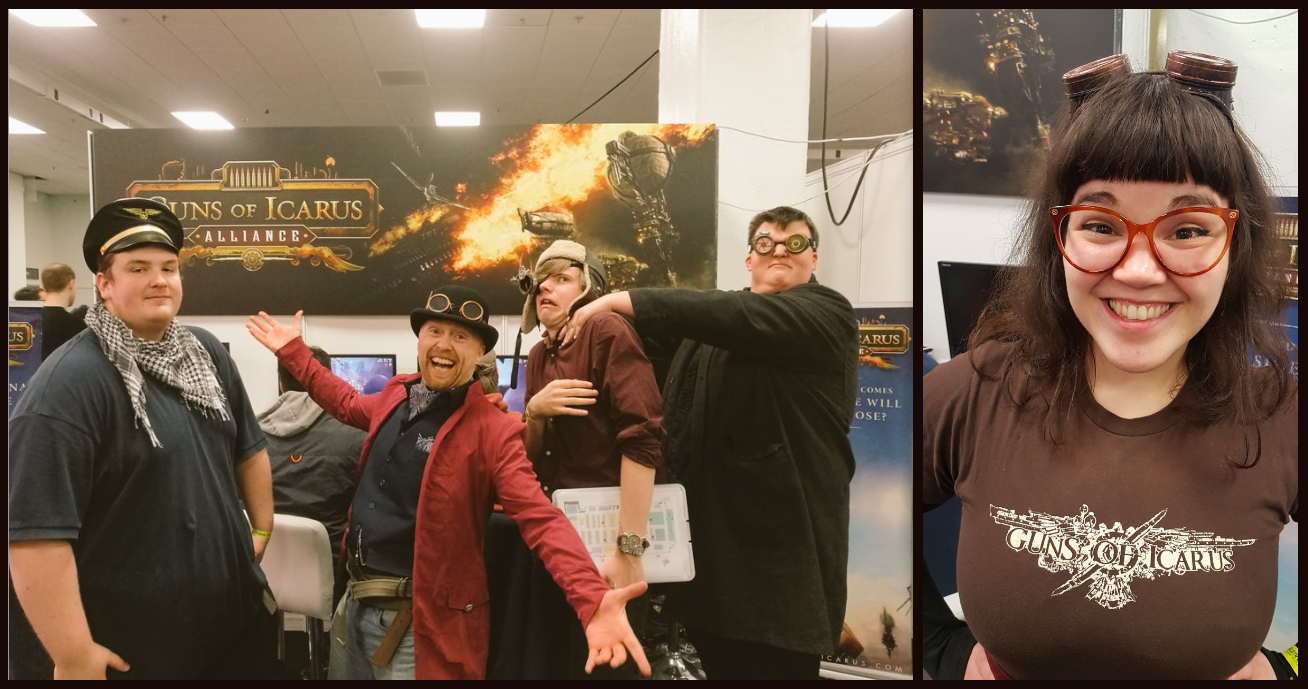 It was so much fun to see people’s reactions to the PS4 actually playing the same matches with the Steam versions – the British term “gobsmacked” applies!

Being at PC Gamer Weekender with a PS4 might seem counter-intuitive, but this was definitely the place to show it off: Every PC gamer has a colourful friend circle made up of artists that use their Mac for everything, programmer friends who spend more time fiddling their Linux OS than actually using it, and their console friends who like to seperate PC tasks from their gaming environment – and now you have a game you can all play together, and friends, as a team, and as adventurous sky pirates!

“One of the busiest booths at the convention” 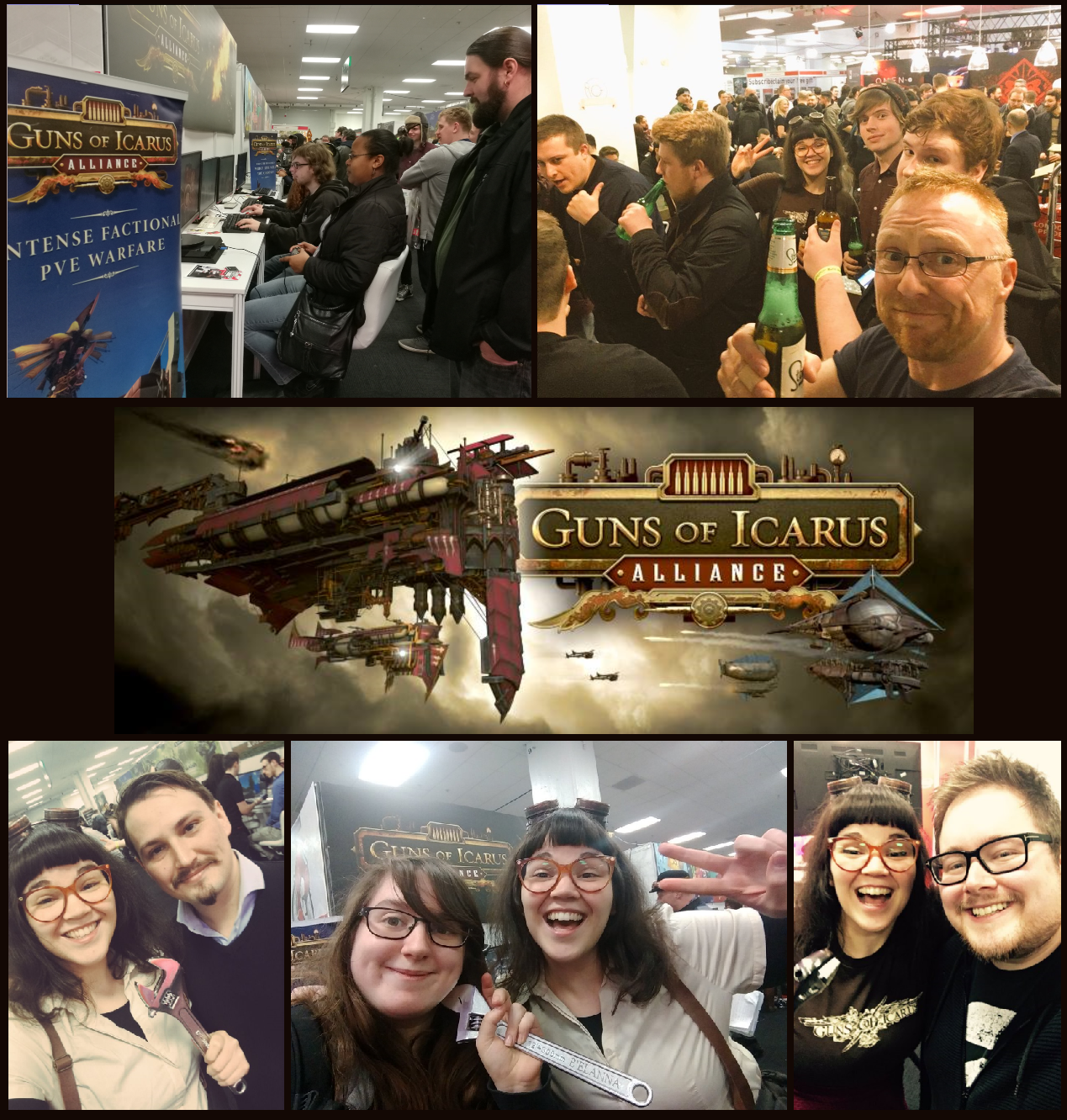 The booth was bursting with people the entire 2 days to the point where the actual convention staff called us the busiest indie booth, and even one of the busiest booths at the entire convention! We were focusing so much on making everyone’s experience a special one, that we didn’t even notice how packed we actually were in contrast to the amazing games around us!

We definitely drew a crowd, and we were overjoyed to see people engage with the game, and by extend with us.

“There is a special kind of magic that happens when you fangirl about your own creation. I am constantly beaming with pride over what we have accomplished, and conventions are where you get to engage with other people face to face and share this excitement!”
-Wendy

But it wasn’t only our endless enthusiasm, it was all of you!

Every single personal encounter with attendees, indie press, youtubers, streamers, our fellow indie devs, and of course the PCGWeekender staff, was so wholesome. We feel so blessed to have this kind of relationship within geek and gaming culture!

It’s easy to forget, but at the bottom of it we are all gamers – and PC Gamer Weekender let us connect to gamers, as gamers.

Thanks for flying with Guns of Icarus