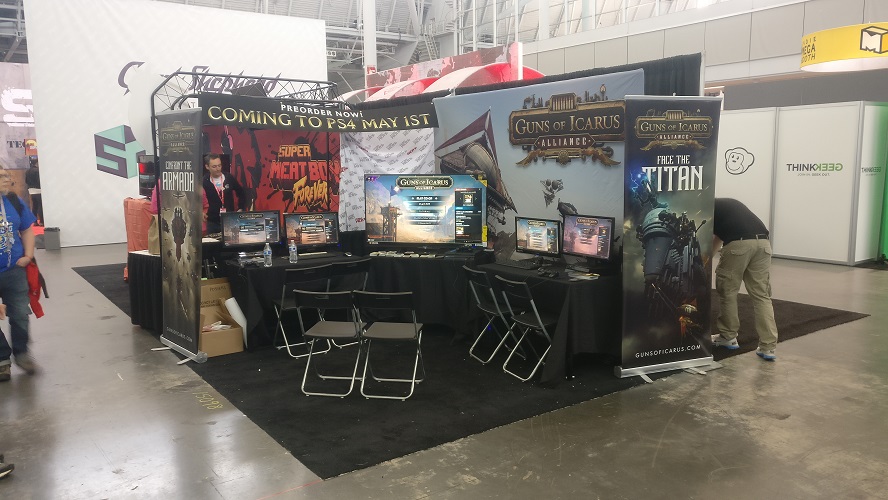 One of our biggest goals here at Muse is to build community, and we’re always excited to be able to bring together gamers from all walks of life. But the PC / console divide sits like a deep canyon in the gaming world, often vast for a bridge to cross. But who needs bridges when you have airships! We were ridiculously excited to have groups of friends walk into our booth and learn that Guns of Icarus would be one of the first games they could play and voice chat online together.

And after four long days of high flying combat, intense boss fights, and more than a few impromptu dance sessions thanks to our friends at the “Just Shapes and Beats” and “Super Meat Boy Forever” booths, another Pax East came to a close. We’re looking forward to our PS4 launch on May 1st, and are excited to see what adventures await as we fly to new horizons! 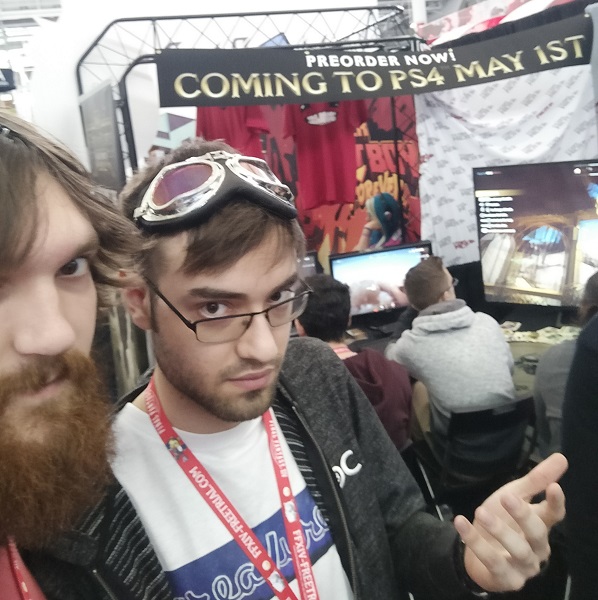 Thank you to all our guests and fans,

-Queso and all the rest at Muse Games