This year, just as last, we jumped at the chance to exhibit at EGX Rezzed at the Tobacco Docks in London. The charming steampunk aesthetic of the surroundings truly resonates with Guns of Icarus Alliance. Last year we had the absolute honour to announce the game’s release, and Guns of Icarus Online’s integration into the Guns of Icarus Alliance PVP aspect as a Thank You for all the support and dedication you guys have shown us over the years. We full heartedly believe that the people surrounding our game form one of the best online communities out there, so when we prepared for the dawning of the PlayStation 4 edition, we knew that we couldn’t bring ourselves to split this playerbase. Although Windows and PlayStation tend to rarely function as a unit, we set ourselves the goal to form an Alliance, if you will.

So it is with great pride that we could announce Guns of Icarus Alliance hitting the PS4 on May 1st as the first ever game to manage a seamless cross-platform experience between Windows, Macintosh, Linux, and the PlayStation 4, complete with cross-platform voice chat.

With enthusiasm to spare we decked out a beautiful booth right at the entrance to the upstairs Indie Room, which radiated through the glass walls and could be seen from afar! 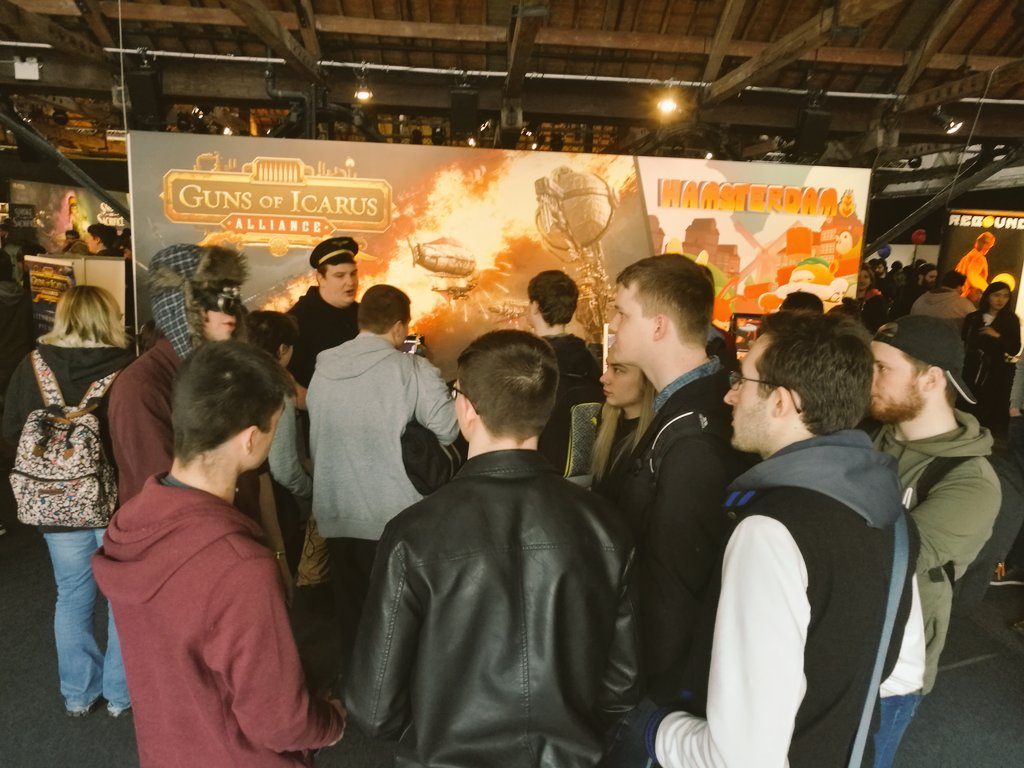 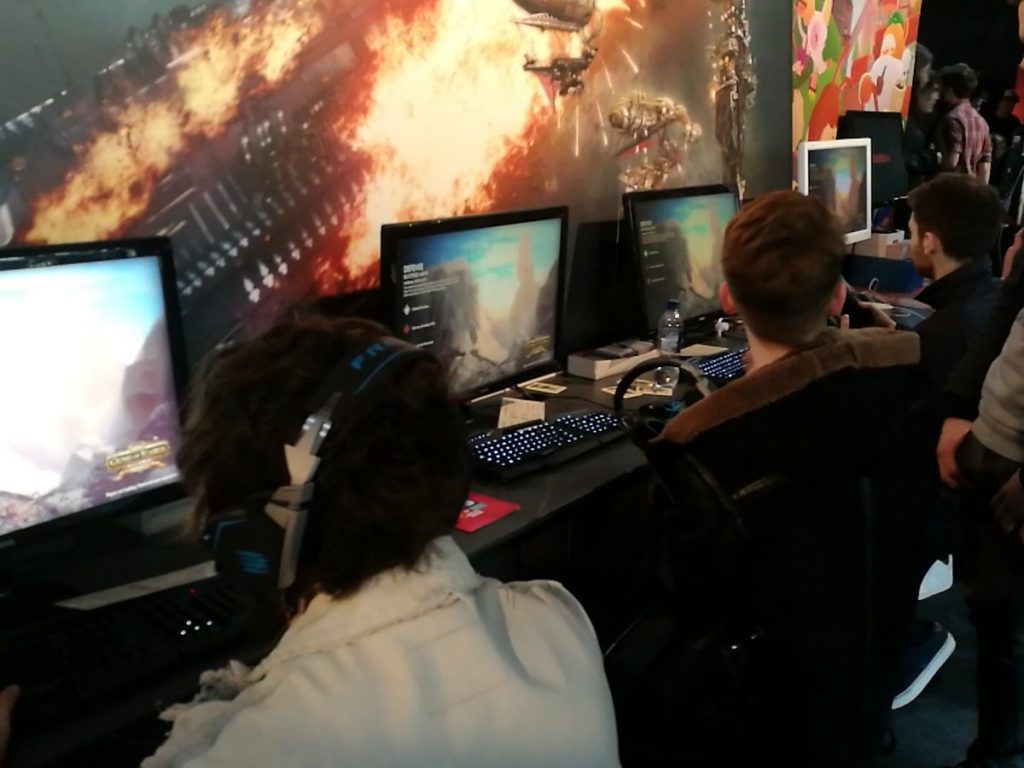 Not only did our Banner Art show the familiar beautifully epic steampunk airship combat, separated by just a dash was a contrasting, and fisty looking bunch of cartoonish looking animals, which highlighted a hamster in the midst of it.

With no connection to be drawn between the two of these displays, attendees weren’t sure what to make of this grotesque side by side contrast, until it dawned on them: It was both from the same studio!

Yup! Turns out that the only thing keeping us coming up with stunning new art and seemingly never ending content updates & support for Guns of Icarus Alliance, is thinking about a tiny, fisty hamster called Pimm, who fights back against the evil invasion of a chinchilla who kidnapped his grandpa! I know right? Set out with nothing but a scooter, and the perfect kung-fu fighting shape – round – he needs your help to guide him through his brawling adventures in Hamsterdam, a pet project gone full blown gaming experience. 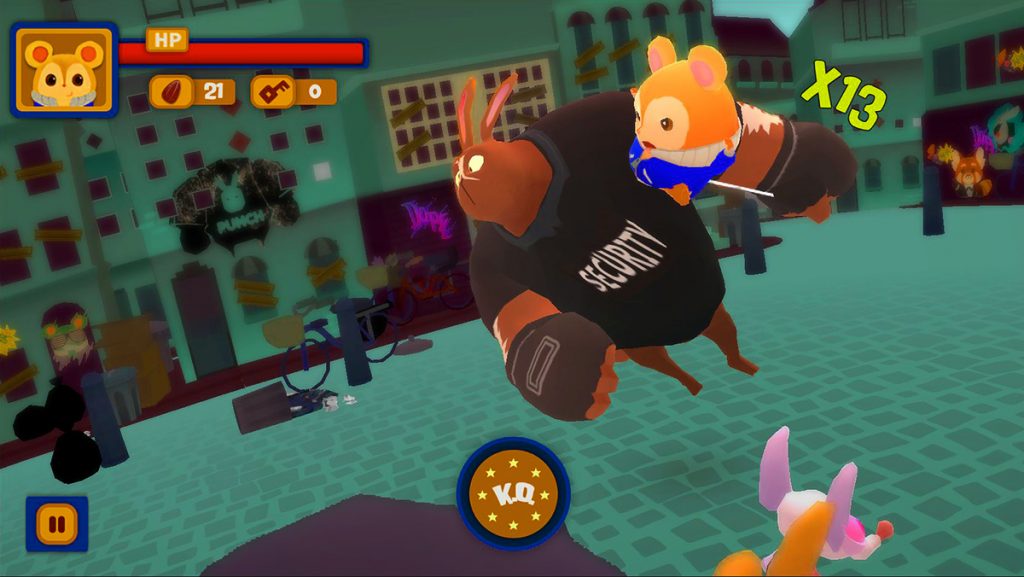 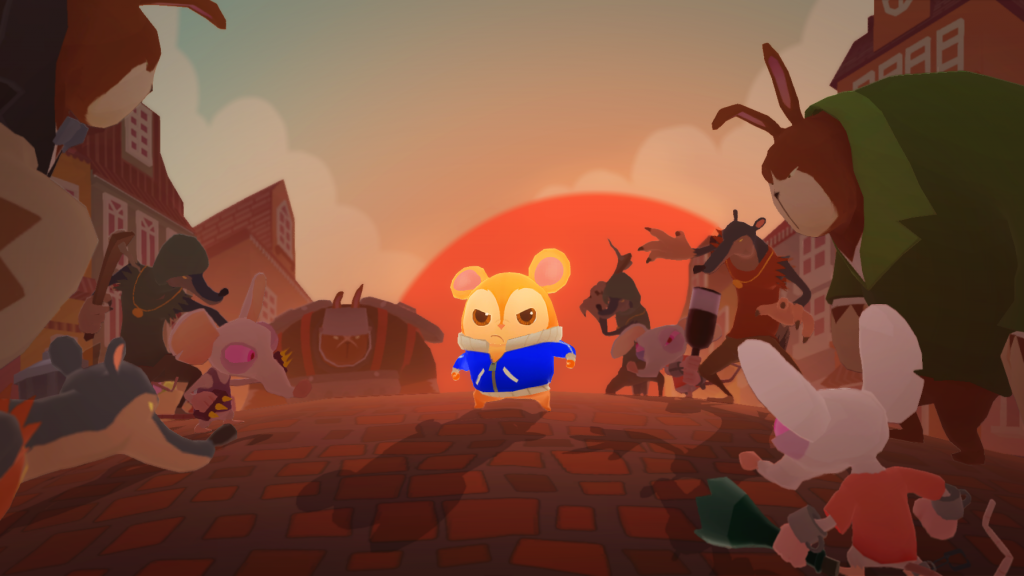 We loved seeing how this handheld modern version of an arcade brawler won the hearts of attendees, and the fan-club that created around him. We love our precious little bean, and hope that when we release on the Nintendo Switch, iOS, Android, and PSVita later this year, you too will protect him like your own!

As always: Thanks to our amazing community, who helped us run the booth in the UK! European conventions are incredibly difficult to organise for a US based indiedev team, and we couldn’t have done this without you!

A giant thank you also to all the press, indie- and otherwise, who spend time at our booth and let us geek out and fangirl about what we’re so passionate about. It’s so humbling to be a guest in a country that shows us so much love and support. We hope that we can give back, and contribute to the amazing indiedev scene that revolves around London. 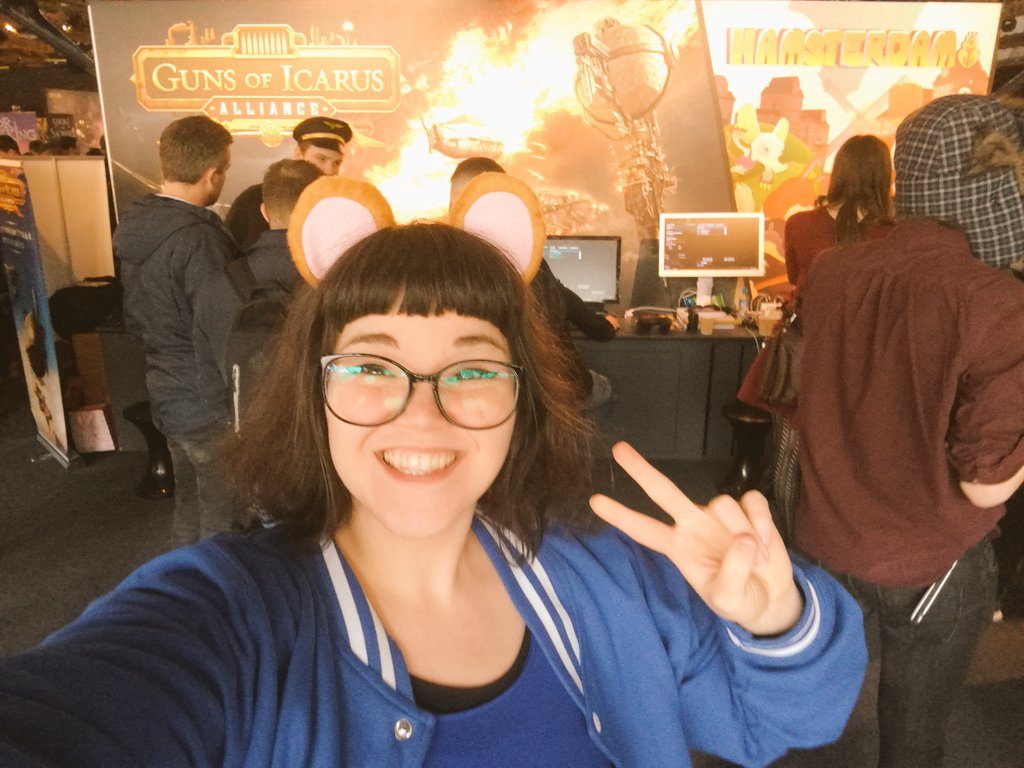 Thanks for having us, and see you at CoxCon,
Wendy & the Muse Games Team